The Rare and Intriguing Heart-leaved Plantain 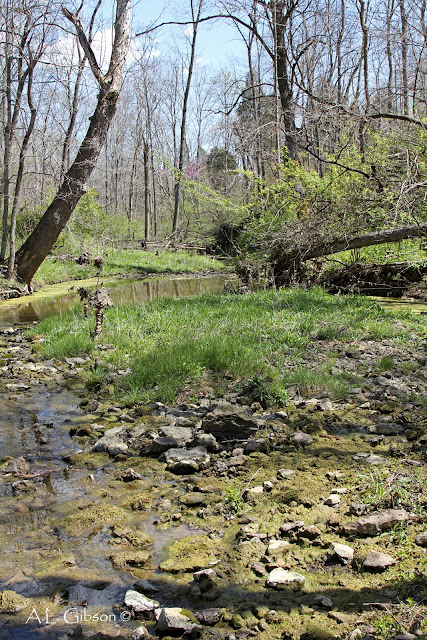 Scattered amongst the rocks and vegetation along this gravel bar lies one of Ohio's great vascular rarities: the Heart-leaved Plantain (Plantago cordata).  It's certainly not the type to jump out and catch your attention with it's inconspicuous flowers or basal rosette of leaves but it does have a beauty all its own.  This obligate wetland species is mostly restricted to small, clear, forested streams in areas with underlying dolomite limestone on gravel bars, rock crevices and banks.  The heart-leaved plantain relies on streams that are regularly eroded to aid in dispersal and cannot withstand additional sediment loads or siltation caused by agriculture and development; a major reason and cause for its subsequent population declines.  It has also been known to occur and grow in swampy, wet woods as well as forested floodplains.


Plantago cordata has a wide-spread distribution across the eastern half of the country; primarily in the Great Lakes region and Missouri with disjunct populations in New York state and to the Southeast.  Despite its broad range it has only been known from scattered and localized occurrences; even dating back to pre-settlement times, suggesting it has always been relatively rare.  Of the 18 states with known occurrences it's considered rare (threatened/endangered) in 13 of them, Ohio included, and extirpated/historic in 4 others.  It was once under consideration for federal listing and perhaps still is as I don't see this unusual plant's situation ever improving. 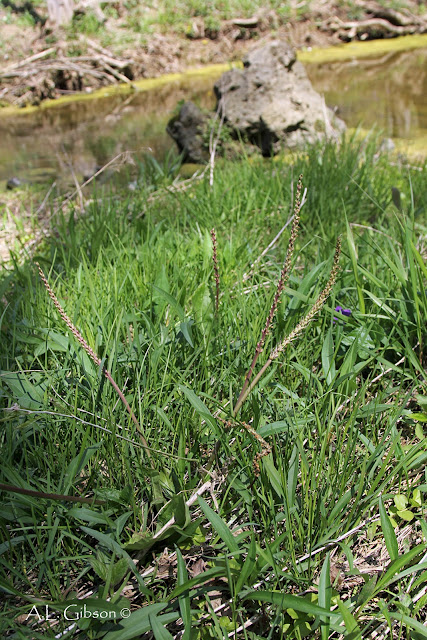 It's no easy task being a traditionally rare species with a strong association for pristine habitat and unaltered watersheds in today's world.  Stream degradation from logging and agricultural practices, development, and water pollution/sedimentation have all had immediate and drastic effects on the health and numbers within any population and are all major players in the continued decline of this fickle plantain.  Watershed protection and habitat management are crucial tasks necessary to preventing extirpation of this species.  Unfortunately our streams and waterways are continuously being ruined and polluted by human activities, leaving this fascinating plant in very real danger of extirpation from previous localities and eventually extinction. 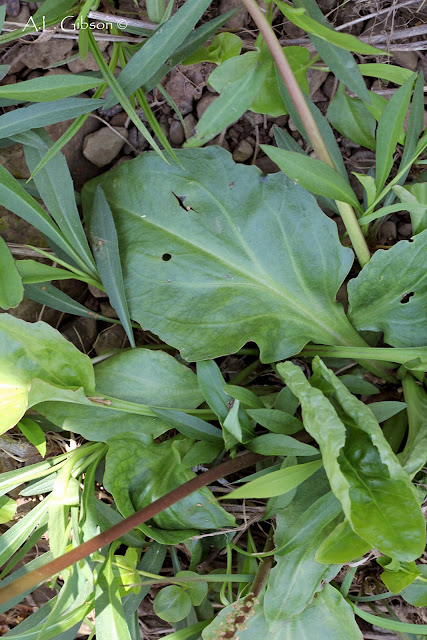 This and other members of the Plantago genus are all very similar and seem to run together when trying to identify down to the species level.  There are ways to distinguish P. cordata from the other native/naturalized plantains in our state and it starts with the leaves.  Heart-leaved plantain dwindles down to a small rosette of basal leaves in the fall and over-winters as such before bouncing back with new growth in the spring.  The large, cordate (heart-shaped) leaves synonymous with this species aren't fully grown until the summer months after the flowering period but are still mature enough to use to distinguish in the spring.  Other plantains such as  P. rugelii and P. major have smaller leaves and have parallel venation with veins that branch off at the very base of the leaf where the petiole attaches.  On P. cordata the veins branch off further up the main vein instead of purely at the base (as seen above). 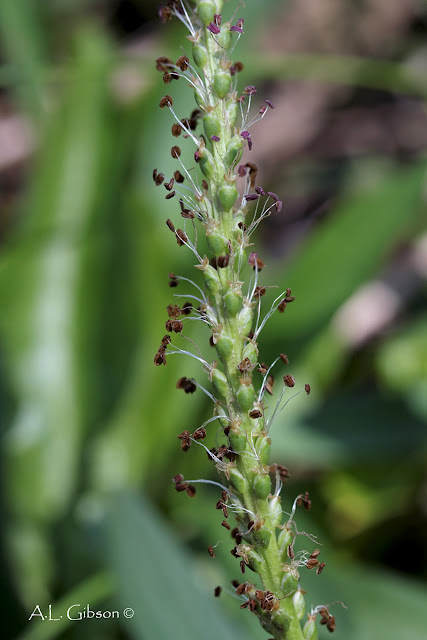 The flowers are similar to all other plantains; both native and introduced such as the English Plantain (Plantago lanceolata) you see in your yard. The 1-2' tall spikes consist of dozens of tiny, individual flowers with long protruding stamens and the pistils tucked further inside.  Once pollinated the ovary matures into a capsule containing a couple seeds that are water-dispersed.   Due to its semi-aquatic habit each seed has evolved to contain fleshy parts that are both buoyant and sticky so the seed will be able to float on the water during dispersal and stick to the substrate once it finds a suitable place to land and germinate.  It is said this has the lowest reproductive rate of any other Plantago species, adding to its population problems. 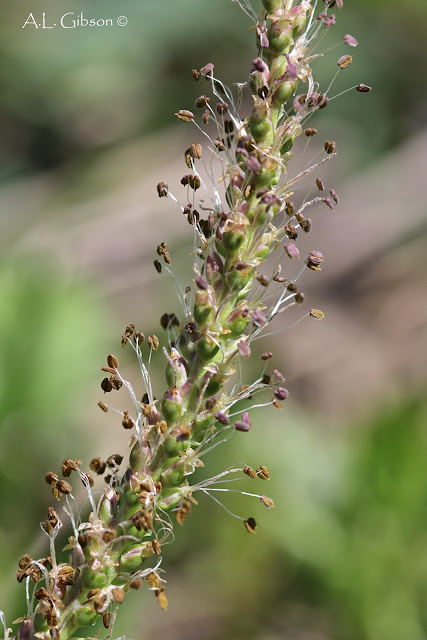 Upon closer inspection the flower spikes of the heart-leaved plantain are uniquely elegant and delicate and worth the camera's attention.  Unfortunately, Ohio's populations have severely declined in the last century with only two counties (Adams and Hardin) having extant populations with the other county records since destroyed or lost to the ages.  These images of the few dozen plants still clinging to existence along the waters of Plum Run are just one of a handful of populations left in Ohio for this endangered species.  I fear by the time I'm old in the knees and leading around a young and aspiring botanist through my old stomping grounds in the future I will be forced to merely share this plant's story rather than share the plant itself.  With the continued degradation of our natural world it's only a matter of time before this species and others in similar situations lose out to the times and slip into oblivion, only to survive on the tongues of those who saw them before they were gone...