I'm a notorious lover and appreciator of Ohio's rural back country roads.  Whether it's the patchwork of woodlots and agriculture back home or the winding forested roads of the hills and hollers of the southeast, there's always something to be seen and/or discovered.   On a gorgeous late summer afternoon a few months back I took to the weathered and cracked asphalt of eastern Miami county with the camera at my side to see what I might find or rather what may find me.  I rarely go out with any specific goal or subject in mind.  I'd rather let fate and the intrinsic beauty of the country-side atmosphere envelope my body and mind and let the road take me where it may. 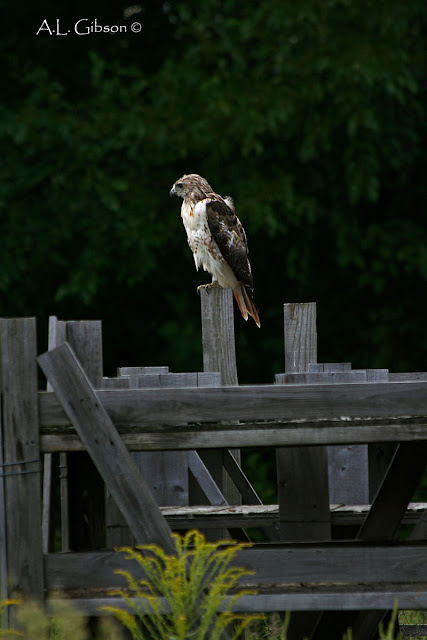 As I enjoyed the warm breeze weave itself through my outstretched hand and fingers, I noticed a recognizable form further up the way.  Silently perched on the fence post of a long ignored fallow field was a handsome red-tailed hawk (Buteo jamaicensis) clearly on the hunt for a rodent snack.  I slowed to a halt on the side of the road and anxiously waited for any potential response from the raptor.  He didn't seem to mind my presence so I decided to push my luck a bit further and opened the door and exited with camera and telephoto lens in hand. 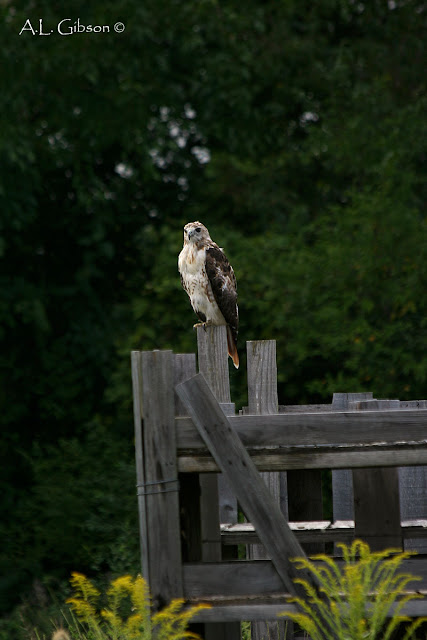 After a few motionless minutes of observation it seemed pretty clear this fellow had no ill-feelings about my presence on his hunting ground so I mounted up the camera and began to shoot.  His gaze was ever steadfast on the tall weeds and grass surrounding his solitary wooden perch with only his nictitating membrane for movement. 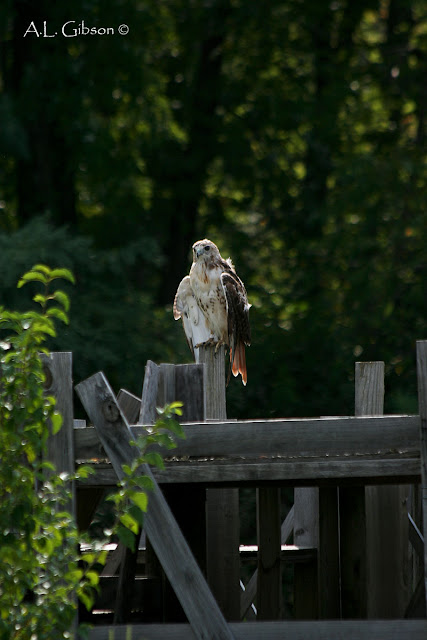 From time to time the sun would peak out from behind the network of fluffy, marshmallow cumulus clouds and begin to gleam down on the landscape.  The patient raptor responded by slightly spreading his wings out in a small attempt to bask in the radiating warmth yet always sure his movements were slow and calculated to prevent detection from below. 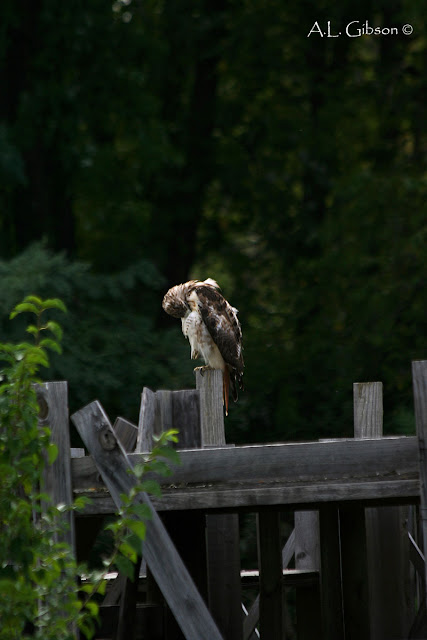 The increasing glare of the sun must have garnered his attention to feathers that were in some manner of disorder as he spent several minutes preening and cleaning his breast feathers.  Many people who have voiced their dislike of our avian friends seem quick to point out how 'dirty' they think birds are.  I couldn't disagree more, especially after watching this regal raptor carefully tend to his coat of feathers. 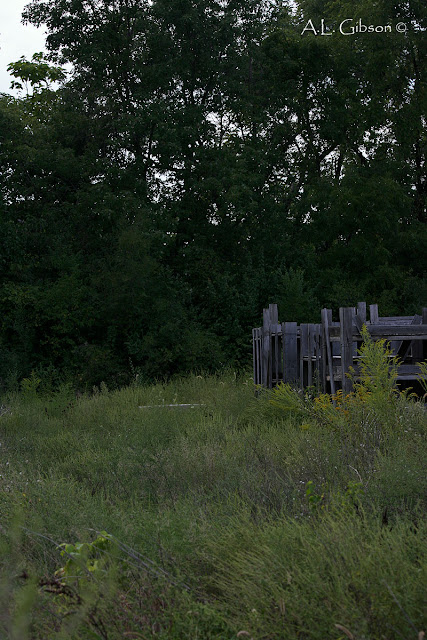 After another ten minutes or so of tedious observation the hawk suddenly zeroed in on a spot in the tall grass and pounced!  He instantly disappeared below the vegetation and was too quick for my trigger finger to capture anything but the empty stack of wood and surrounding vegetation.  I could faintly hear some rustling coming from where the hawk pounced when just as suddenly as he left, he launched out of the weeds and landed back on his perch.  Only this time he was not alone. 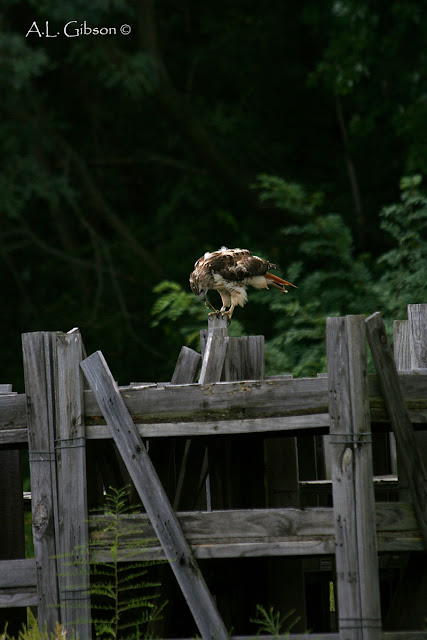 In his tightly grasped talons was the fruit of his labor and patience.  A small rodent who lacked sufficient skill in stealth and detection became this powerful raptor's next meal.  I watched as the hawk tore the flesh away from its prey and tilted his head back and swallowed it piece by piece.  Incredible to have stumbled across the chance to watch such an amazing creature on his successful hunt. 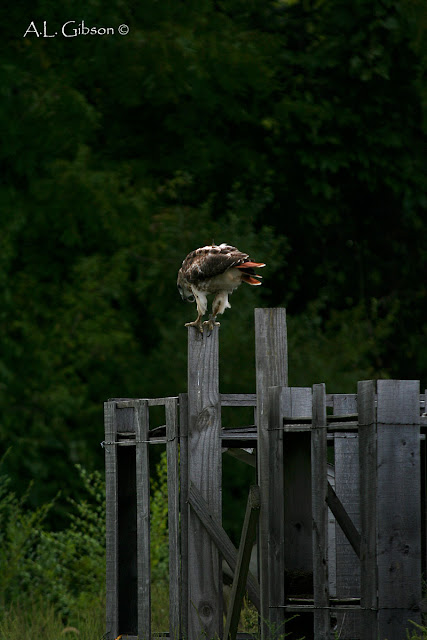 In the picture above you can actually see the tail of the hapless rodent hanging from the hawk's beak before being swallowed.  After finishing his meal the hawk took to his gargoyle-like stance and resumed the hunt once more.  Always hungry and always on the lookout.  I proceeded to hang around for another hour and watched him catch an additional two meals before calling it an afternoon and packed back into the car and made the short drive back into town.  How many times do we pass by these wonderful beings at 60 mph and hardly give them a passing glance or thought?  There is such an infinitely fascinating and large world out there happening on a second by second basis us humans fail to observe.  I'm very thankful for the random chance and encounter with this magnificent bird.

If you click any of the pictures and look carefully at his right ankle you can just make out a metal tag.  Someone has previously caught and banded this raptor.  I wonder who had the task and chance to get such a close and personal encounter with this bird of prey and how long ago he was banded?
Posted by Andrew Lane Gibson at 4:25 AM 2 comments: