Hello all.  Sorry for the recent absences but this past month has been an absolute whirlwind of activity!  I just recently returned from some time well spent in the Saratoga Springs area of upstate New York visiting and botanizing with fellow nature blogger and friend Jackie Donnelly.  She was gracious and kind enough to host me for a few days and give me a tour of some of her favorite spots to botanize and paddle.  I will never be able to thank her enough for the sights and experiences I had up there; she was an incredible host and an equally knowledgeable and exciting naturalist/botanist. 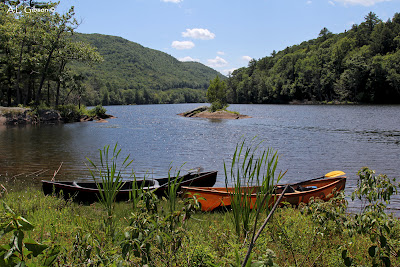 I have a series of posts I plan to publish very soon on my time spent in the gorgeous splendor of the Adirondacks but if interested feel free to peruse Jackie's blog post on our forays into the wild and all that we saw that you can find RIGHT HERE.  From sphagnum bogs and the white fringed orchid (Platanthera blephariglottis) which was the main reason for my trip up; to paddling the sparkling waters of the Hudson River and mountain lakes; to virgin white pine and hemlock forests, my trip was an experience I'll never forget.  So check back soon for my series of posts and I hope you vicariously enjoy the trip even half as much as I did in person! 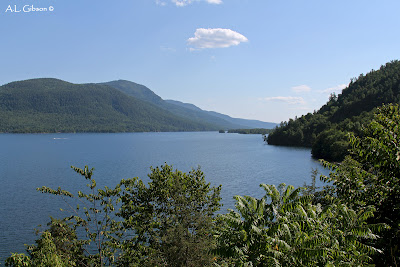 Fate and a Tiny Orchid


A few summers ago I headed out on a seemingly routine hike through one of my favorite areas of Zaleski state forest in Athens county.  Comprised of nearly 27,000 acres, Zaleski is choked full of interesting habitats and flora with a few hidden rarities and surprises within its borders.  The particular spot I decided to explore is a nameless, deep hollow that branches off from a small stream valley and splits two parallel-running ridges; each with its own unique plant communities and diverse species compositions.  I opted to follow a lightly-worn deer path along the upper slopes of the southwest-facing ridge to scout out what summer wildflowers were in bloom and perhaps come across something new.  I'd walked the same expanse of mature deciduous forest many times before and had quickly grown to appreciate and love its undisturbed appearance and peaceful atmosphere.

I slowly weaved my way through the mixed forest of chestnut, black and white oaks, sourwood, serviceberry, and red maple; keeping my eyes carefully peeled for anything out of the ordinary.  The ground was covered in a surprisingly rich mosaic of vegetation accustomed to the xeric and acidic underlying soils.  Reindeer lichen and an assortment of moss species carpeted the ground, cushioning my light footsteps as they fell.  The waning late-afternoon sun filtered through the canopy and dappled the forest floor in intense beams of warm light.  Not even the thick air, heavy with humidity could spoil the tranquility of the place.

I eventually came to notice that one of my boot laces had come undone sometime during the hike and decided to stop and take care of the matter.  I slide my camera equipment off my back and knelt down to re-tie the laces when out of my peripheral vision I noticed an intriguing sprig of green growing  a few feet away in a large patch of moss just at the edge of the rock ledge.  It was quite small, only four or five inches in height but different enough to have caught my eye.  I leaned in closer and with a shocked smile realized I had made quite the fateful discovery.

That little green sprig turned out to be the relatively rare and minuscule green adder's-mouth orchid (Malaxis unifolia).  I sat back in disbelief at the randomness of the find and couldn't help but ponder the odds of choosing that very spot and moment to fix my laces.  These orchids are already notoriously hard enough to see and locate under the darkened canopy and overgrown ground cover in its early July woodland home, let alone their green color and miniature size.  Not the best of combinations for discovery but the increasing difficulty makes it all the more exciting!


It may come as little surprise then that this particular orchid is listed as potentially-threatened in Ohio with a limited number of collections and populations throughout the eastern half of the state.  I suspect it could be a lot more common and frequent than current records or knowledge indicates, considering its preferred habitat of dry, acidic mixed deciduous forest is readily available in our state.  Add in its tiny stature, color, and odd blooming time and you have the perfect set up for a vastly overlooked plant.

Each plant rises from a fleshy subterranean corm and produces a single stem topped with a raceme made up of dozens of puny inflorescences gradually maturing and elongating from the terminal cluster.  The scientific epithet of uniflora refers to the single leaf that sheathes the lower half of the stalk.  Despite the numerous individual flowers each plant produces, typically only one or two are successfully pollinated and quickly swell with microscopic seeds.  Looking at the photograph above you can see a single maturing capsule located  along the middle left side of the raceme.


The green adder's-mouth orchid has the distinction of being Ohio's smallest indigenous species of orchid (in terms of flower size) but that doesn't necessarily translate into little worth or interest.  I find it to be a rather charming and refined species of plant that few are lucky enough to lay eyes on and appreciate first hand.  Next time any of you reading this are hiking in the eastern half of Ohio and find yourself in a dry, acidic mixed oak or upland woods during the mid-summer months keep an eye out for this orchid.  You never know what you may luck into.

In the summers following my initial stumble onto this lone specimen of orchid I have journeyed back each year to get reacquainted with it and spend some more time admiring its unique design and appearance.  I'm happy to report this has been the fourth year in a row it has broken ground and flowered in the same exact spot as year's past.  With a bit of luck this little guy will be around to greet me as an old friend for many summers to come and I can enjoy its company under the mighty oaks and reminisce of our fateful chance encounter on that hot and muggy afternoon in early July...